The Warrior Notes TV app is available for all devices. Partners who give an average of $20/month or more get access to exclusive content! (Sign in with the email address associated with your Partner account.) 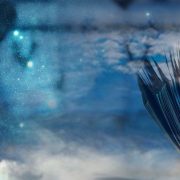 Angels are with you because they have a vital part in your destiny. The books that are written about your days on earth are available to be read and enforced by these wonderful servants of God. Psalms clearly speaks about your destiny written in a book. “You saw me before I was born. Every day of my life was recorded in your book. Every moment was laid out before a single day had passed” (Ps. 139:16 NLT).

Angels are “ministering spirits sent forth to minister for those who will inherit salvation” (Heb. 1:14). They love to perform God’s will and they understand God’s plan for you. They are constantly listening and ready to do the will of our Father God. “Bless the Lord, you His angels, who excel in strength, who do His Word, heeding the voice of His word” (Ps. 103:20).

Angels are assigned to you when you are a little child. They remain with you as you grow up. You do not lose your angel just because you got older! Most of us need angels now more than ever!

Take heed that you do not despise one of these little ones, for I say to you that in heaven their angels always see the face of My Father who is in heaven (Matthew 18:10).

The angels love it when your prayers are in complete agreement with the will of Father God. When you pray by the Holy Spirit, the angels will recognize that fact; they will harken unto the voice of the Lord as you speak by the Spirit. They already know what God says and will not accept no for an answer. They answer the prayers that are born of the Spirit. This is very important. You must be full of the Holy Spirit and speak by the Spirit. He wants to lead you into all truth. Always rely on the written Word of God and speak it out. Angels only harken to what He has already said and what He is saying by the Spirit now. What God has said and what the Spirit speaks now always are completely in agreement. God will reward my angels for their faithfulness. They get to see and worship the Almighty all the time. They feel privileged to help us succeed and reach our destiny.

Excerpt from Praying from the Heavenly Realms. Purchase on Amazon.com

Watch The Secret Place every Friday at 3am, 11am and 7pm EST

Get ready to travel into another dimension, the secret place that is invisible to our naked eyes, but is as real as the world we see around us. A secret place as vast as space and as timeless as infinity. It’s a secret place. You will be given the key to open the door to enter into this place where nothing is impossible, where there is only good, and evil cannot exist. Kevin Zadai had the privilege of visiting the secret place during a routine surgery. He beheld the wonders of the glory of heaven. He wants to share with you the things he learned and witnessed. He was allowed to come back to be your heavenly tour guide and to teach you the way to access a supernatural power and peace. There is a signpost ahead. Your next stop… The Secret Place. 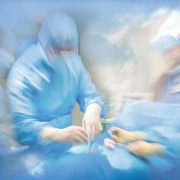 In 1992, I went to Heaven and back. I was scheduled for a day surgery to extract my impacted wisdom teeth. Instead, I went to heaven and back. In a prep room, I was sedated and told to count backwards from 100. I didn’t get very far before I became unconscious. Abruptly, I was outside my body and standing beside the operating table, watching the surgeon and his two assistants work.

I had no idea I was going to heaven and back, but when I realized that I had passed on, I wanted to inform the doctor, but to no avail: I could no longer communicate with the earthly realm. As I waited in the operating room, I witnessed my body on the table begin to glow with a glistening white light. Suddenly, my body was transformed into what was perfection to me. I looked like an angel. My face looked like me but was so bright and perfect. I thought, I look beautiful. Then I heard a man’s voice from behind me, “That’s what you look like to Me all the time!” I turned around and that was when I saw Him.

Jesus is the most handsome King upon whom I have ever laid my eyes. He wore a beautiful, full-length robe and was about 5’ 10” tall. He had long hair resembling a lion’s mane. His eyes were so deep and full of destiny. His presence demanded my attention as I stood in adoration.

Jesus taught me that the single most important thing I could do to participate in the supernatural realm was to pray in tongues. He told me that praying in tongues would lead me into my destiny and into situations where I would increase financially instead of decreasing; that I would have appointments and not disappointments because there are no disappointments in Heaven. Jesus said, “The Holy Spirit doesn’t know ‘defeat’,” and I should yield to Him continually.

Jesus asked me to turn and again look at my body as it lay on the operating table, still in its glorified state. What I saw astounded me. A black vest covered the area from my chest to my stomach. I immediately understood that the black area was my soul. The soul is the center of the will and emotions and connects directly to the mind. Jesus pointed out that my darkened soul was obscuring my beauty, covering my beautiful, glorified body.

In a flash, Jesus took me to the table to see the black vest up close. It was made up of untrue words that had been spoken over me. He explained, “This is a lifetime of words spoken against you, and they continue to affect you.” With a wave of His hand, a panoramic view like a large screen appeared, and He began to show me the occasions when those words were spoken. The pain created by those incidents welled up as I relived them in fast succession. It wasn’t long before I began to cry as each incident increased my grief.

At this point, Jesus stopped the review. He said, “I did not show you this to upset you, but only to reveal to you that the hurt is still there.” He added, “We need to deal with the hurt caused by these words. They are affecting you.” Jesus wanted to show me the contrast between the beauty of my spirit man and my damaged soul. Hurtful words of the past were obscuring who I really was. Many of the people who spoke those damaging things did not understand they were not speaking the truth and were hindering my God-ordained destiny. In a sense, without intending to, they were speaking the enemy’s intentions over me. I believe everyone has similar hurts that need healing.

We live by our words
Jesus focused on the effects that words have on our lives, both good and bad. He then revealed to me the four ways that He heals our souls:

1. Jesus can wave His hand over a person’s chest (soul) and heal them immediately.
2. We can listen to the truth, continually renewing our minds until the lies we have believed about ourselves are replaced with the truth.
3. We can pray in the Holy Spirit until our inner (spirit) man becomes so powerful that he overthrows the soul with its mind, will, and emotions and becomes the dominant influence.
4. We can also receive healing through the process of godly counseling.

Each of these methods has been used successfully in my life and has brought me healing in my soul. Let Jesus have all your hurts. He cares so much about you that Peter, inspired by the Holy Spirit, wrote, “casting all your care upon Him, for He cares for you” (1 Peter 5:7). You don’t need experience going to heaven and back in order to experience Heaven on Earth.

On my visit to Heaven, Jesus began teaching me about how words bind people. He said, “Don’t speak against people. Your words can bind them and hinder My work in their lives.” He continued, “Do not even speak against unsaved people, because I am working to bring them to a point of repentance and salvation, and your words can slow down the process.” Then He showed me how He was working through angels and humans to bring people into His Kingdom and how words help or hinder that activity.

During my visit to Heaven and back, Jesus took me to the White Sands Missile Range in New Mexico where He demonstrated how powerful my prayers were. As I prayed in the Spirit at His command, what looked like an atomic blast in the desert erupted, sending a billowing fire upwards. Jesus pointed to the mushroom cloud, explaining it was not the spectacular cloud that made prayer effective when people pray. Rather, the power of prayer is in the ensuing shock wave that moves along the ground shifting, displacing and moving everything out of its path. He told me the shock waves were the effects of my supernatural prayers. He encouraged me to always believe that my prayers were effective and never to give up.

Jesus also showed me that He wants permanent habitation with each of us. He wants to dwell with you. When Jesus lives with you and in you, your environment is impacted and transformed for the Kingdom. You will have so much in common in your heart with Him that you won’t get in the way. When you spend time with Jesus, He gently teaches you, until you are transformed and habitable. Your habitation is no longer contaminated by unholy activities and thoughts. As you grow in Him, the Holy Spirit will begin to purge you of the practices that don’t benefit or edify. When we yield to the Holy Spirit, He will operate in us through words of knowledge, wisdom and prophecy, as well as in discerning of spirits. God’s ultimate goal in habitation is to include you in what He is doing on earth in the lives of others. Jesus can take you to a place where you’re way beyond your years. You’re way beyond what people have planned for you. You’re way beyond any and all of what can be imagined by the natural mind. You have the capacity to do the impossible, and the only reason why is because you have allowed Jesus to talk to you and influence you as a person. Let your next step be the one that places you in your days of Heaven on Earth! Jesus wants me to help as many people as possible to fulfill their destinies. I’ll never be the same after going to Heaven and back.